A Virtual Private Network (VPN) , allows the user to create a secure connection to other network over the Internet. User can use VPN to access websites which are blocked by Your service provider or government, it also protects your browsing activity on public Wi-Fi, and more.

Nowadays VPNs are very popular but not for the purpose they were made
They were made to connect business networks together securely on the internet.

So after You guys got to know what actually the VPN is now I’m gonna tell you why the heck you need a VPN?

In Easy words , A VPN Connects your device To a Server situated in any corner of the world , and by that you can use the internet without revealing your actual location to the internet , basically it’ll show that you’re using the internet from a different country

Now The question is How You Get a VPN, and Which One Should You Choose?

You can either use a VPN from your office, create a VPN server yourself — but usually the majority of people are just looking for something to protect them while torrenting or help them access blocked website ( specially in India)

The easiest thing you can do is simply head to one of the VPN sites , sign up, and download the VPN For Your device.

ExpressVPN–   This VPN server has the best servers, and supports streaming and torrenting, all for low price.

Turbo Vpn–  This is one of the best VPN I’ve come across , You can use this VPN to access the blocked websites

StrongVPN–Strong VPN – It’s Doesn’t have an easy UI like others but You can definitely Use it For Netflix and other torrenting Stuff. 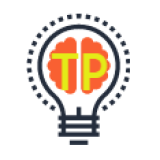